Half Canadian – Half British, Miss Shelton lived in different cities throughout Canada before establishing herself in Montreal. While working as a sushi chef in a renowned sushi bar, the evening’s guest DJ noticed her fascination with his craft and issued her a friendly challenge: “Find a mentor and learn the different aspects of mixing” all this based on the idea to give her a small slot in one of his upcoming bookings. Up for the challenge, Tanya fully immersed herself in the task and with her newly found skills, she did her first set as a DJ and the experience made her realize she liked the experience enough to try and make a career out of it.

Tanya quickly landed her first DJ residency and went from there to start building a fanbase on social media platforms on what was to become her brand name MISS SHELTON. From that moment, things moved extremely fast with Miss Shelton being booked in many of the trendiest venues in and around Montreal. She has been growing both as a brand and as an artist ever since, becoming a recurring performer in most of the venues, private events and festivals she is contracted to play.

Today, Miss Shelton is regularly performing as DJ all over North America in various types of venues sharing her passion for music and her contagious on-stage energy. She has spun for some of the world’s most prominent celebrities, brands and tech companies including Justin Trudeau, Cardi B, Ferrari, Jazzy Jeff, L’Oréal, EA Games, Daddy Yankee, Red Bull, Six Flags, Sean Paul and Michael Kors just to name a few. Her musical style could best be described as Open Format mixing in tracks from the 90s & 2000s with top 40, mashups, hip-hop, house & latin music.

Miss Shelton performed in Miami, Mexico, New York, The Bahamas, Jamaica, Puerto Rico, Aruba, St. Maarten, and pretty much everywhere in Canada! In parallel to touring, the DJ has been hard at work in the studio producing and mixing her own original tracks to follow up on her single “When the Lights Go Out” released in 2017 featuring singer ‘Karli’. The single hit more than 100 000 plays on Spotify and went up the pop charts of various radio stations including Stingray Music and Virgin Radio. 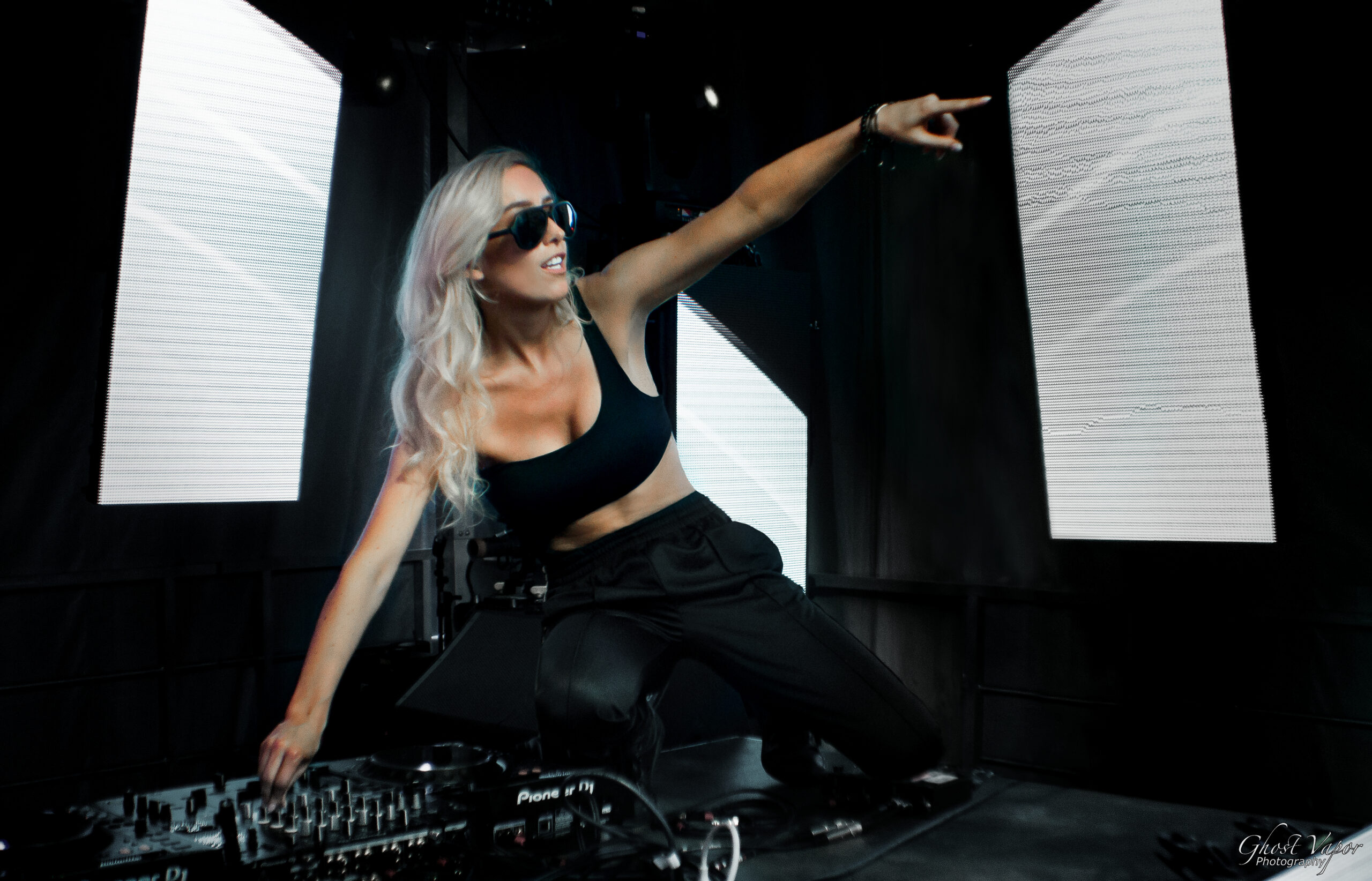