DJ Rosé coined her own style called “glam house,” which she plays everywhere from The Hamptons to NYFW, but also has a decade of experience in Top 40, 70’s, 80’s, 90’s, Hip Hop, R&B, & Rock.  After playing over 500 events in her career, Nicole takes reading the room to a whole new level.  She has graced the stages at Coachella, Super Bowl, & Art Basel and has performed alongside major artists like Nelly, Cardi B, Diana Ross, Noah Cyrus, Sheryl Crow, & Wyclef Jean. Named a “powerful woman” by Marie Claire, Nicole has been featured in Vogue, Forbes, WWD, Business Insider, Fast Company, Cheddar TV & Bravo TV’s Summer House where she was featured as the DJ in the first two Seasons.

With over 100k+ followers across platforms, her digital authority boasts the perfect balance of empowerment meets fashion & lifestyle. Nicole is also a board member of UNICEF NextGen. 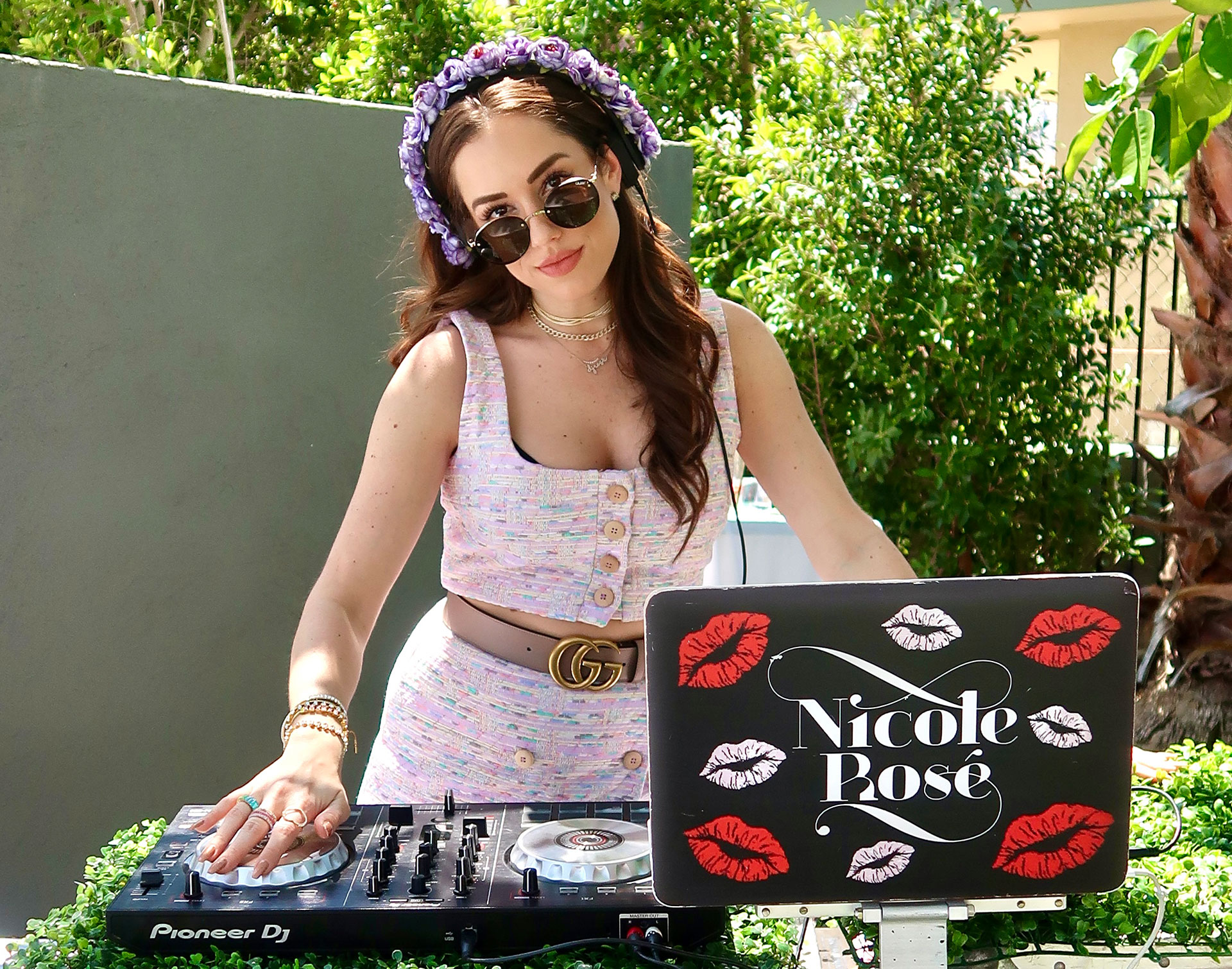