So Dope has never been one to follow the rules. The Long Island native’s proficiency behind the turntables is due to his refusal to conform to the norm.

As a result of his childhood curiosities, So Dope has taken the same inquisitive spirit and applied it to his craft today, finding tracks suitable for creatively remixing some of the music industry’s most popular records for  artist such as London Grammar, John Newman and Timeflies.

As the years progressed, So Dope had one goal: to score gigs as a professional DJ. With that in mind, he would stand outside many New York City hot spots and hand out his mixtapes to club owners and promoters. His mission was to prove that his knack for blending records at 16 years old was up to par with the city’s premiere turntablists.

His tenacity caught the eyes and ears of many club promoters in the tri-state area, and in 2006, though he wasn’t officially on a major radio station, So Dope was asked to do a live Saturday broadcast from a popular Queens nightclub. The live airing sounded off on New York City’s 105.9. He earned the respect of the station’s colleagues for his professionalism on the microphone and his ability to rock crowds with ease.

While attending school at St. John’s University, So Dope created what many veteran DJs before him have failed to capitalize on; he put together his own college tour. The mixer landed at such lauded institutions as the University of Illinois, Boston University, University of Southern California, and University of South Florida, to name a few. Later that same year, So Dope found himself spinning records inside Madison Square Garden to a crowd of over 25,000 patrons for concerts sponsored by two very popular New York City radio stations. So Dope also once held a two-year residency at the legendary club Pacha, as well as spun records at venues such as Mixx Nightclub in Atlantic City, Providence Nightclub in Atlantic City, Webster Hall, Avalon, Motivo Nightclub,Tenjune, Highline Ballroom and Stage 48. In addition to spinning some of the hottest nightclubs in the tri-state area, So Dope has spun internationally in countries such as Canada, Japan, Switzerland, Italy, France, Germany, Amsterdam, Dominican Republic, and Jamaica.

These days, So Dope’s presence is cemented on traditional radio airwaves, inside nightclubs and on internet radio stations. Every week, So Dope commands crowds three to four nights throughout the tri-state area in a variety of venues.

For a DJ set on topping every one of his past accomplishments, giving up is never an option. One look at his resume proves he’s in this game for the long haul. 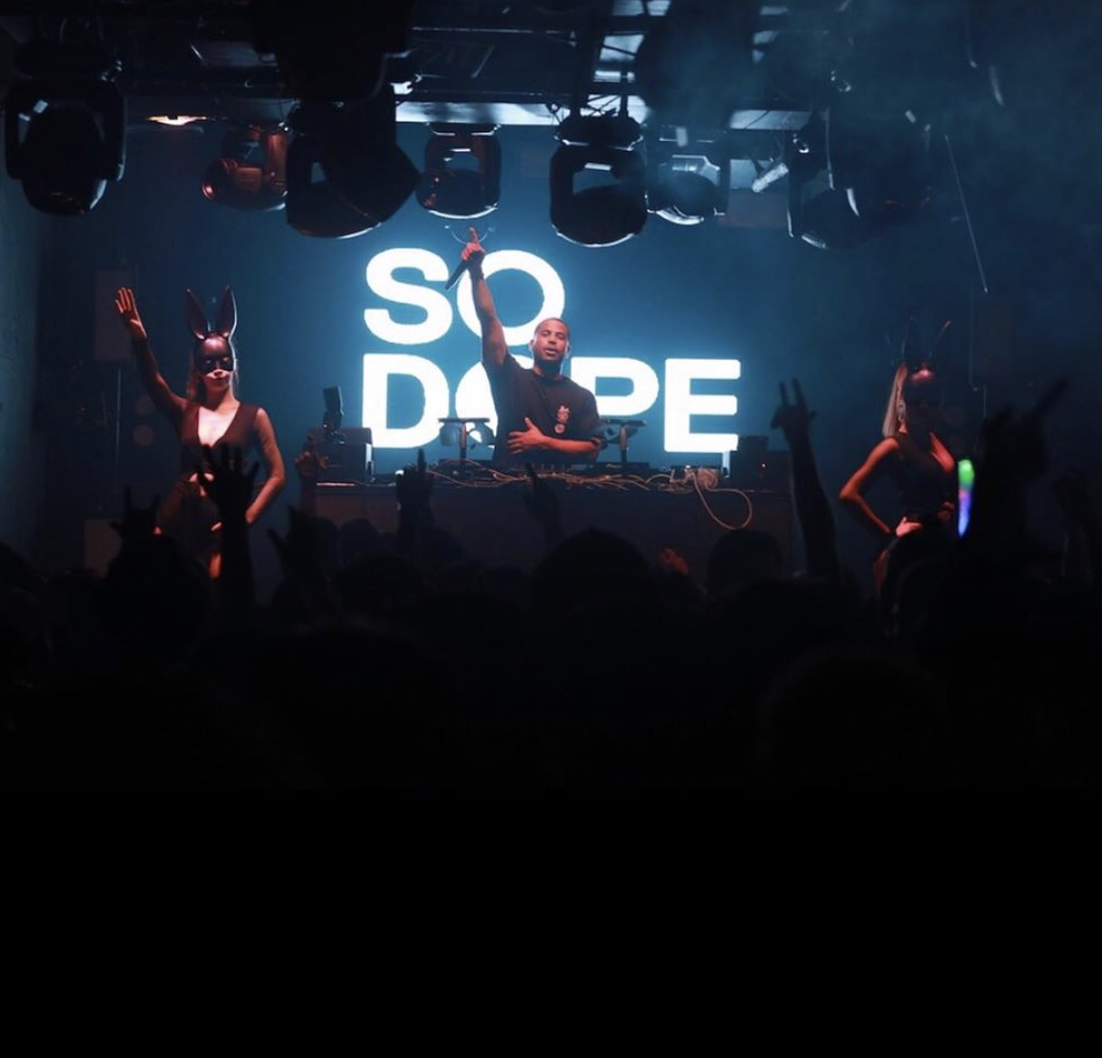